"A bust is a sculpted or cast representation of the upper part of the human figure, depicting a person´s head and neck, and a variable portion of the chest and shoulders. The piece is normally supported by a plinth. The bust is generally a portrait intended to record the appearance of an individual, but may sometimes represent a type. They may be of any medium used for sculpture, such as marble, bronze, terracotta, plaster, wax or wood.

As a format that allows the most distinctive characteristics of an individual to be depicted with much less work, and therefore expense, and occupying far less space than a full-length statue, the bust has been since ancient times a popular style of life-size portrait sculpture. It can also be executed in weaker materials, such as terracotta." - (en.wikipedia.org 11.10.2019) 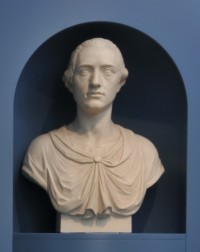 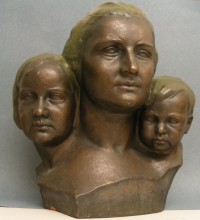