"The Weimar National Assembly (German: Weimarer Nationalversammlung) was the constitutional convention and de facto parliament of Germany from 6 February 1919 to 6 June 1920. The assembly drew up the new constitution which was in force from 1919 to 1933, technically remaining in effect even until the end of Nazi rule in 1945. It convened in Weimar, Thuringia and is the reason for this period in German history becoming known as the Weimar Republic." - (en.wikipedia.org 16.11.2019) 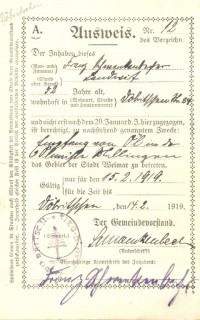 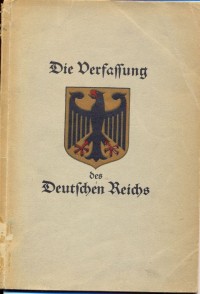 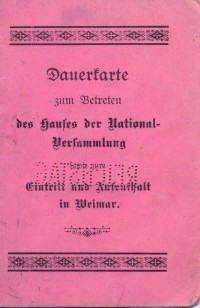